Roland Guerin grew up in a musical family. His father was a great lover of jazz and classical music; his mother, a blues and zydeco bass player, taught him that you can’t make it in music without a strong groove and feeling.

Introduced to the bass by his mother and intrigued by its deep resonance, Guerin began playing at the age of 11. Growing up, Guerin was strongly influenced by pop, rock and R&B music of the 70’s and 80’s. The first songs he learned to play on bass were Lakeside’s Your Wish Is My Command, Dazz Band’s Let It Whip, YYZ by Rush, and Stomp by Brothers Johnson. During his years in High School, bands and artists such as Gerry Rafferty, America, and Booker T & The MG’s seeded his love for great songs and inspired him to write music of his own.

By the time he got to college, Guerin had taken in a wide variety of popular music from an extensive list of musical genres. While studying Marketing at Southern University in Baton Rouge, he joined legendary jazz educator Alvin Batiste’s Band, The Jazztronauts. Guerin inherited much of Batiste’s musical innovations and concepts, and developed ways to bring his own musical voice to life.

Upon completion of his degree, Guerin began to tour the world as a member of jazz guitarist Mark Whitfield’s band. During this time Guerin explored the jazz genre, which ultimately proved to be an avenue toward success. He had the opportunity to perform with such greats as George Benson, Jimmy Scott, Frank Morgan, Vernel Fournier, and Gerry Mulligan, as well as to participate in the recording of numerous albums, including Twelve’s It by Ellis Marsalis; Mark Whitfield’s Forever Love and Mark Whitfield; Blues for the New Millennium, Portraits in Blue, and In Honor of Duke by Marcus Roberts.

As a member of the Marcus Roberts Trio from 1994 to 2009, Guerin had the opportunity to perform at the head of symphony orchestras across the world, among which the Berlin Philharmonic, the Boston Symphony, the Chicago Symphony, and Seiji Osawa’s New Japan Philharmonic. From his collaboration with Osawa and Roberts, Guerin developed a deeper understanding and appreciation of orchestration and arrangement, both of which carry great importance in his own musical composition.

In 1996, while still in Roberts’s band, Guerin played bass on legendary musician and songwriter Allen Toussaint’s album Connected, an experience that revealed itself to be a turning point in Guerin’s musical journey. The recording of this album took place at Sea Saint Studio in New Orleans and was done in the same way in which many of Toussaint’s hit songs had been recorded in the past: to tape, on a Harrison mixing board. Being a part of this process gave Guerin direct insight into a method of recording that had been applied on many of the albums he had grown up listening to and learning from. This experience allowed Guerin to reconnect more fully with who he was as a songwriter and a multi-styled musician.

Guerin made his debut as a bandleader in 1998 with The Winds of the New Land, featuring Peter Martin on piano, Nicholas Payton on trumpet, Donald Edwards on drums, and Mark Whitfield on guitar. The record was acclaimed for its innovative style of composition and arrangement. Jazz Review called it “a literal piece of art”, while the New Orleans Magazine named Guerin a Contemporary Jazz All-Star. He followed up with an album from the Roland Guerin Sextet, Live at the Blue Note, released by Half Note Record. He released 3 more successful albums in the following decade, among which is to be noted Groove, Swing and Harmony; it was nominated by Critics’ Choice as one of the top 50 Louisiana CD’s of 2003. His most recent album, A Different World, which was released in September 2011, features Terrence Higgins on drums, Mike Esneault on piano, Khris Royal on saxophone, Shane Theriot on guitar, Denis Williams on saxophone and Bill Summers on percussion.

During the summer of 2009, Guerin went on a world tour with John Scofield and the Piety Street Band. Scofield had been one of Guerin’s long-time musical heroes and sources of inspiration. Touring with him provided Guerin with an opportunity to further develop his soloing on electric bass and to incorporate parts of Scofield’s phrasing and sound into his own style.

Upon his return from the tour with Scofield, Guerin joined Toussaint’s band, playing and touring with him until his passing in 2015. During the time with Toussaint, Guerin learned how details in music and in life go hand in hand, how to look at different interpretations of rhythms and melodies, as well as the art of keeping songs balanced.

Throughout his career, Guerin has studied and played many different styles of music. Inspired by Duke Ellington as one of the all-time greatest writers of popular music, and Miles Davis as one of the musicians who, throughout his career, most aptly embraced and adapted to the evolution of sound in popular music, Guerin offers an entirely new and singular take on this genre, one that integrates American folk melodies, blues, zydeco, African rhythms, rock, jazz soloing and orchestral arrangements.

At the heart of his music are stories, told through multiple layers of simple compositions that come together to create a complex yet lucid sound 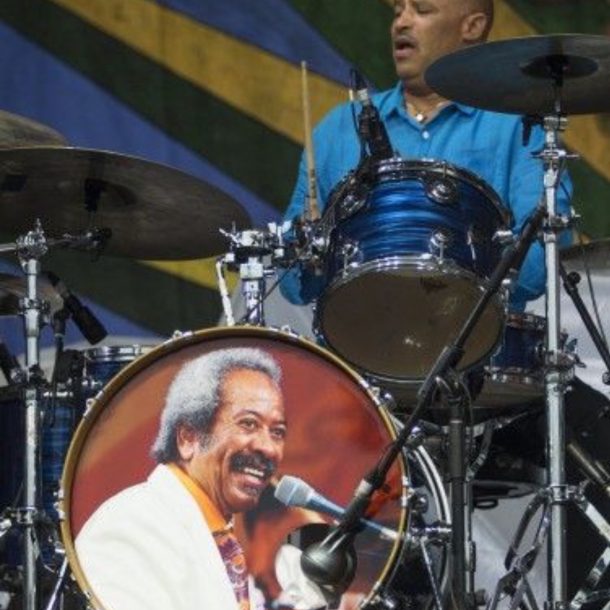 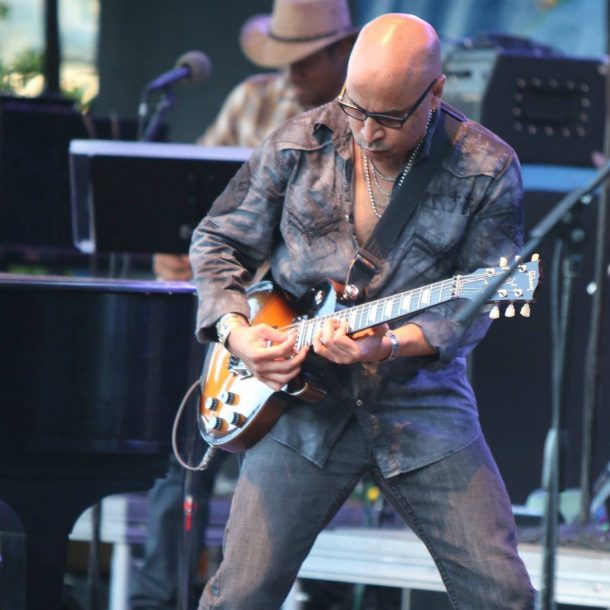 Renard Poché
Next Article
Stay Up To Date