New Orleans’ funk greats, Renard Poche’ contributions can be counted among the defining factors of funk in New Orleans. Best known for his electrifying guitar work, Poche’s an accomplished multi-instrumentalist* whose been known to move effortlessly between guitar, trombone, percussion, flute, recorders and more, without missing a beat.

In addition to his live and studio guitar work with artists such as Dr. John, Zigaboo Modeliste (of the original Meters), Professor Longhair, Allen Toussaint and N’Dea Davenport (Brand New Heavies), Poch? trombone work can be heard on recordings by Peter Gabriel, The Indigo Girls, Terrance Simeon and The Neville Brothers, among others. Poch? original compositions have found their way to places as diverse as BET’s Movie of the Week and the TaeBo Workout Video. Poch?as also shared his talent with renowned trumpeter/composer Terence Blanchard in soundtracks for the films Dark Blue and Barber Shop.

As a writer, producer, arranger and performer, Poche takes a daring approach to his own music, preferring to throw out the rule book in favor of his own instincts. The result is a new sound that honors the revered funk and soul influences of his musical past while maintaining a contemporary freshness. The full spectrum of Poche’s talents will be showcased in his upcoming debut release, which features some of New Orleans’ finest tapped and untapped talent. 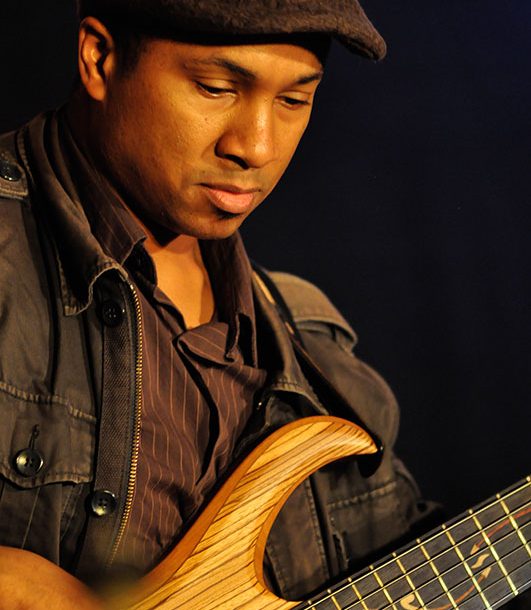